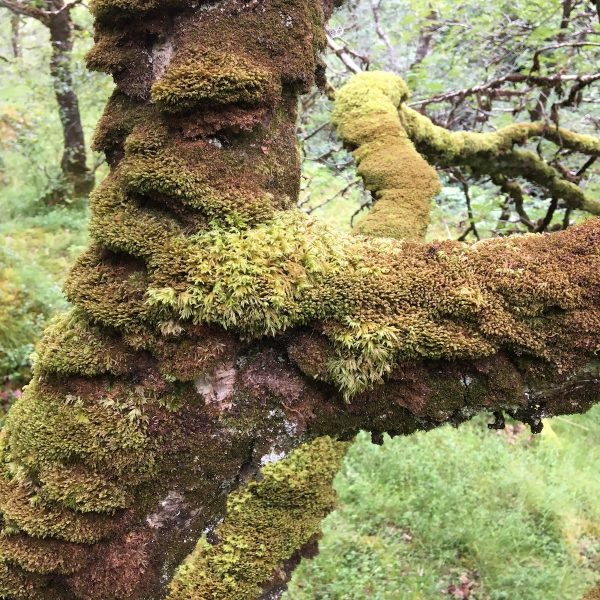 Here on the West Coast of Scotland, we are lucky enough to live in a temperate rain forest. Some people complain about the high rainfall and Highland mists but in a global context we are lucky to be the home of some internationally significant plants – Bryophytes.

Wikipedia defines Bryophytes as “an informal group consisting of three divisions of non-vascular land plants (embryophytes): the liverworts, hornworts and mosses. They are characteristically limited in size and prefer moist habitats although they can survive in drier environments. The bryophytes consist of about 20,000 plant species. Bryophytes produce enclosed reproductive structures (gametangia and sporangia), but they do not produce flowers or seeds. They reproduce via spores“.

The reason that these plants are not better known is because they are tiny and many can only be identified with the use of magnification. Those less knowledgeable can still enjoy their special effect by appreciating the wonderful vibrant velvet green mossy environment they create; a muted rainforest. 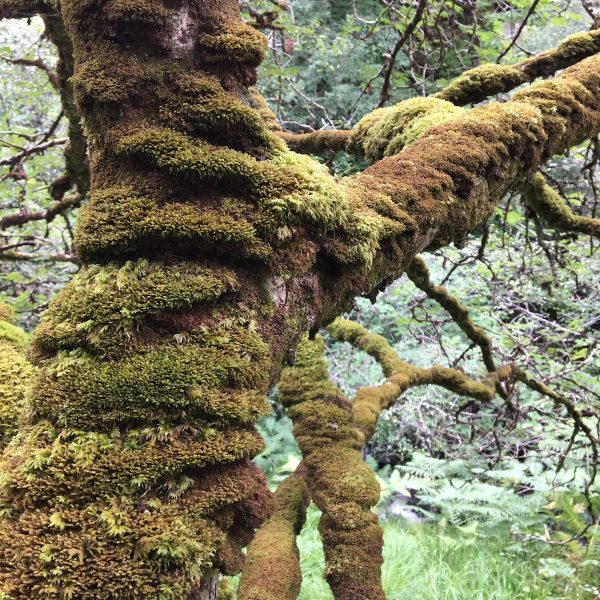 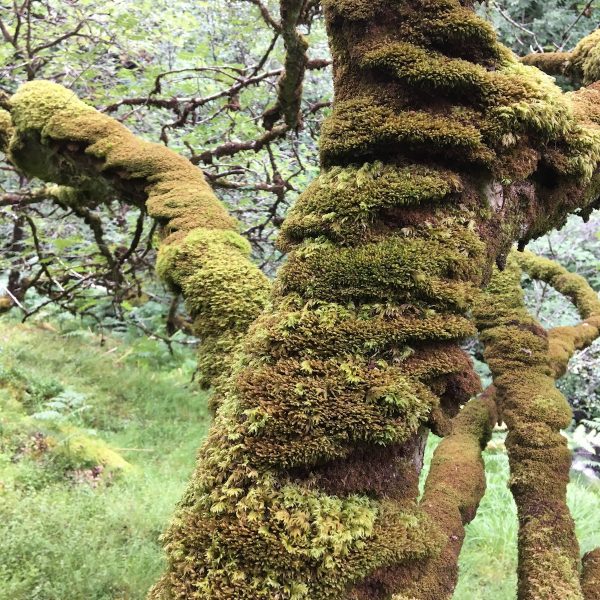 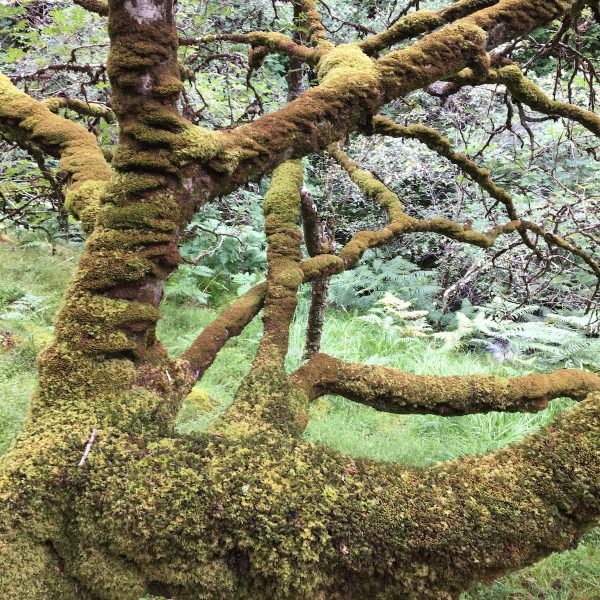 Close to Ard Daraich there are two particular places where Bryophytes are exceptional: The Ariundle Nature Reserve and The Rahoy Hills Reserve.